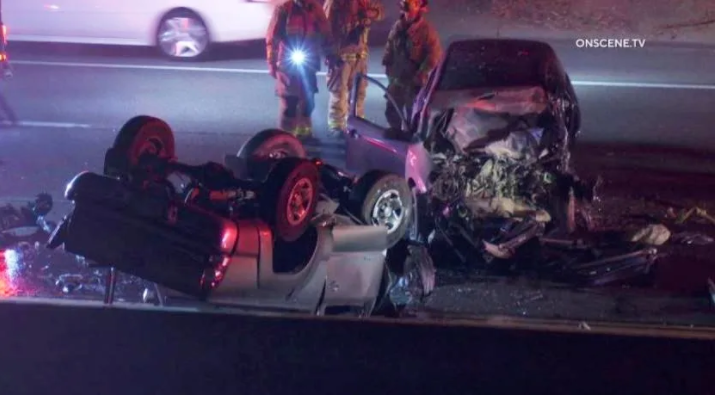 As seen on Times of San Diego.

The year 2020 had its share of records. Unfortunately, we surpassed a very grim one: driving under the influence fatalities.

You would think that with everyone staying at home more and often working from home as well, our DUI fatalities would drop. Sadly, that was not the case.

San Diego County District Attorney Summer Stephan announced last November that San Diego County was on target to surpass its worst DUI fatality record in decades. Even though non-injury DUI cases were down more than 30 percent, fatal crashes were up 33 percent at the time of the announcement and the blood-alcohol levels in those incidences were noticeably higher than last year’s average.

According to the DA’s office, these fatalities were not limited to the usual suspects — men between the ages of 18 and 25. It was both men and women, young and old. In addition, it was happening throughout our county.

National data may shed some light on why this was happening. Overall, we are seeing a rise in the consumption of alcohol since the pandemic started. This is not surprising, given how much more stressed people are with many reporting that they are consuming alcohol as a way to cope.

According to a recent survey by the nonprofit RTI International research firm, women, Blacks and adults with children in their household have reported the greatest increases in alcohol consumption. Even more concerning is the data about “binge drinking,” which is when men consume five or more drinks or women consume four or more drinks in about two hours.

The same survey noted that people are binge drinking 26% more than they were before the pandemic. This increase could help explain why we have record fatalities, why intoxication levels in these crashes were higher than what we typically see, and why the offenders were all over the map in terms of demographics and geography.

Fatalities on the road, though, may be just the tip of the proverbial iceberg. Alcohol is involved in more than half of what are called “diseases of despair,” which include cases of suicide and overdoses. Recent research papers and news reports express concern that last year might have been a record year for both.

The majority of reported domestic violence incidences involve alcohol as well, and just under half of all homicides involve alcohol. Add to this the fact that alcohol is the third leading cause of cancer, and it is known to suppress the immune system, making individuals more susceptible to diseases like COVID-19.

In fact, many experts in this field are concerned about alcohol’s negative impacts not just now, but well after this pandemic is finally over. So what actions can we take to help us avoid repercussions that can haunt us for years to come?

For starters, if you are one of the many who has seen an uptick in your drinking, consider how you might cut back your alcohol use. It’s easy to drink more than you realize — especially when you’re pouring your own drinks at home.

About one in five Americans commit to Dry January each year as a way to reset their drinking habits after a period of overindulgence. Many are extending their commitment into February this year.

Not only will you give your immune system a much-needed chance to bounce back, it will make it easier to meet other resolutions such as losing weight or getting better quality sleep. Others may be interested in the sober curious movement and take advantage of the non-alcoholic breweries and wineries that are popping up across the region.

Second, consider joining one of the many local groups working to reduce alcohol-related harms. Alcohol is no ordinary commodity, but there are smart, business-friendly approaches that can reduce its negative impacts. Alcohol is a part of our culture, but it should not be part of the all-too-common headlines of lives being tragically cut short.

Craig Reed is the program director of San Diego County’s Binge and Underage Drinking Initiative, which is led by the Institute for Public Strategies and funded by the County of San Diego Health and Human Services Agency.