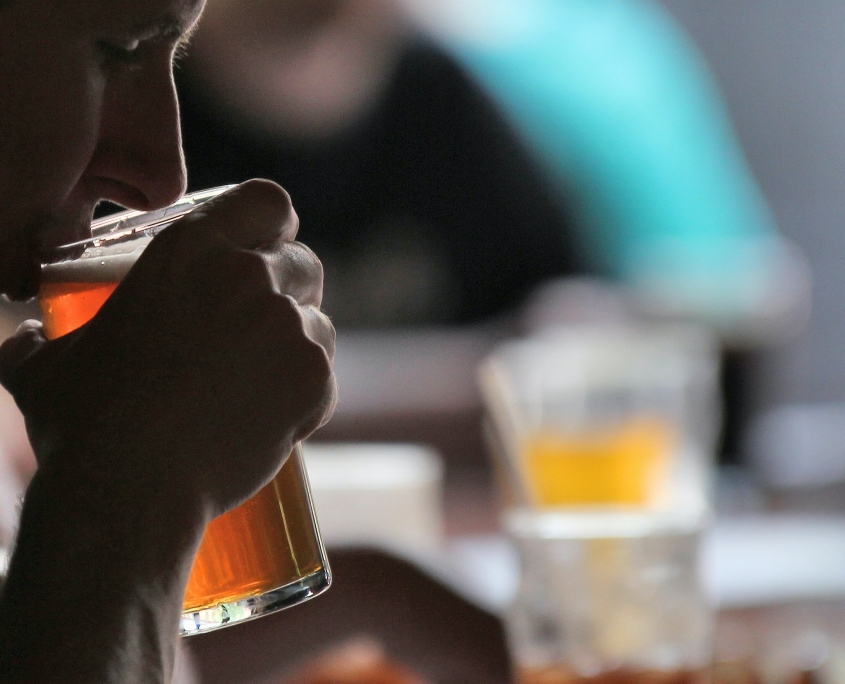 As seen on the San Diego Union-Tribune.

A friend once told me her New Year’s resolution was to stop blacking out when she went drinking in the upcoming year. I remember wondering, are you supposed to black out or drink until you can hardly move? It almost seems like a rite of passage to drink so much in one night, distantly wondering if it would really do the damage most young adults are often warned of.

According to the Centers for Disease Control and Prevention (CDC), binge drinking is most common among adults under 34. Underage drinkers also report binge drinking. On most occasions, losing oneself for a night was exactly what my peers were drinking toward. Every shot they took symbolized each stress or worry, and with each bitter expression, they quickly forgot any memory of their problems.

A recent study suggests this way of drinking may accomplish just that. Loss of consciousness due to alcohol consumption was found to increase a person’s risk for dementia — a term used to describe severe impairments in a person’s memory, thought process and decision making, such as can be caused by Alzheimer’s disease.

When I was in my first year of college and living on campus, I watched an 18-year-old student in the dorm across from mine be carted off in an ambulance for alcohol poisoning. I’m not sure what happened to the student after the fact, but I remember how everything looked and felt. The silence was nearly palpable, cutting short any laughter or conversation in the vicinity. But it didn’t last. The sobering effect of the moment only lasted until the student was driven away to the hospital and the next day it was as if nothing had really happened at all.

Drinking a lot of alcohol quickly increases your blood alcohol content, can lead to alcohol poisoning and cause damage to your brain. The consequences are dire.

To prevent problems both now and later, social host ordinances — laws that hold the host responsible when there is underage drinking or, in some cities, also smoking or vaping marijuana — must be enforced to decrease the access or exposure to environments involving alcohol.

On college campuses where alcohol can trickle down to underage drinkers easily, this enforcement is crucial. At San Diego State University, in November 2019, an underage student with alcohol and marijuana in his system came back to his dorm from a fraternity party and at about 4:30 a.m. fell off his bunk, fractured his head and later died due to a brain bleed.

The San Diego Union-Tribune recently published an article about this incident that described SDSU’s difficulty in taking control of its fraternities and underage drinking. Much like my personal experiences, this issue is not exclusive to SDSU in our local community. One month after that student’s death at SDSU, seven people on campus at UC San Diego were taken to the hospital for possible alcohol poisoning.

In addition to social host ordinances, policies geared toward the prevention of fatal incidents like the one at SDSU are key. The function of UC San Diego’s Medical Amnesty Program is to reduce the barriers young adults may face in seeking medical assistance due to fear of punishment. Under this program, students would not undergo the formal student conduct review process or receive academic sanctions if all requirements are met, but they would meet with a student conduct officer about their participation in incidents.

I encourage university administrators to enforce policies that protect students and do not create possible barriers for asking for help. It is in our hands as a community to address and prevent binge drinking among young adults and minors so we have a future of adults who don’t lose their ability to remember, think or function in society, and instead live long, healthy lives.

Howard is a young advocate intern for the Institute for Public Strategies in San Diego and works at the Shiley Eye Institute at UCSD Health. She lives in San Carlos.